Home » Relationship » Why do men Cheat?- Real reasons why married men have affairs

Why do men Cheat?- Real reasons why married men have affairs

ll tell you why I cheat. I need to. Infidelity makes me remember things. The details that expand to fill my life (my upcoming performance reviews, the aches and pains of training, the recovery of my 401(k)) and the ones that deaden it (my guilt, my smug self-satisfaction, my fake epiphanies about my progress in this life)—all of that drops away when I look down at the naked spine of an unfamiliar woman, twisting slightly in the late-afternoon sunlight streaming onto the sheets of a Hampton Inn in some nameless suburb. This is the most absolute choice I can make. I am there on my own. Against every code, rule, and set of mores I pretend to obey. Against better judgment, against every lesson of hindsight and every shard of wisdom that comes with age, I have no regrets in that moment, because I am naked, or without pants, and I have chosen to be there. I have voted by my presence, declared it, and I feel the blood moving in me again. So it’s the blood. That’s who I am. That’s why men cheat.

People always say men cheat because they can. It’s easy to cheat, that part is true. There’s so little evidence left behind. The checklists are easy—you have to wash here and there, you have to enlist the sympathy of the woman you are fucking, you have to control your time and select your venue. But by and large, infidelity is remarkably easy to hide. More often than not—more often than any man will admit—there is absolutely no consequence. So yes, that freedom exists. A man can.

But men don’t cheat because they can. Men cheat because they must, because they need to. This is the male struggle. Need compels us to try again. Because copulation is not in any way about fate. It is not about two individuals destined to meet on some dark night. It’s about random collisions.

If you cheat, you must believe this much: that fated love is a lie, and monogamous love a deception. If you cheat, these two sentiments are your guiding light. Doesn’t mean you’re incapable of love, doesn’t mean you don’t want what love—or even marriage—can offer. It’s just a paradox. You have what you believe, and it is never the lie. You train your sentiment to fit inside the lie. Your rules fit right inside that sentiment.

I have no regrets in that moment, because I am naked, or without pants, and I have chosen to be there.

You have to have rules. You should always fuck someone who has as much at risk as you do. The phrase You do not shit where you eat makes more sense once you’ve fucked someone you work with. You never say the word love, except in reference to fucking. You don’t fuck anyone too young, or schizophrenics. Fuck a famous person and you tell no one. You stay away from the wives of your friends. If you have a girlfriend in a foreign city, you never travel there just for the fucking. These are rules learned the hard way. And there are more. I cheat without reservation. In part this is my age. In part it’s a matter of where I cheat. I do not cheat in the city where I live, or even in the region. This is my rule.

At home, I am attentive to the needs of my marriage. It is a kind of test, and men need tests. Fidelity is a test that pits a man against his own instincts, urges him to ignore his opportunities, to muffle any sense of expansion. Getting married rotates the average guy away from everything he has known about himself up to that point. And some guys pass the test. They do. And I love listening to their shit. Consider the “I love my wife” routine, which certain moralistic nimrods unspool in front of me over cocktails again and again. I never jump in. I do not bite. You don’t fight men over stuff like this. I love my wife, too, but it’s nobody’s business how I deal with that love. And most of the time, this comes from guys who pop into strip clubs on the way home, jerk off to YouPorn in their offices, or prowl Craigslist looking for a goose in their transgression quota. I don’t do any of that. My local life is clean. I am more focused than they are. Stronger and better suited to what is near me—my family, my wife, my job. In some ways, that’s because I don’t hesitate to cheat. 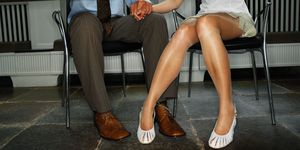 Why I Cheated on My Husband

Those are the guys who never cheat, even if they wish they could. I wish they would shut up about it. Save your stories about how you made sweet love to your wife before you left for the flight to Europe. Don’t be a house-proud dipshit. Don’t moralize. My happiness and my misery are my own—don’t gift wrap some part of yours to compensate. Yes, I know, there are plenty of men who pass that test of fidelity. For them there is no other way.

Understand that an affair—an act that throws the ordinary into a direct balance with the extraordinary—is a kind of test, too. For me, it tests limits and my tolerance for risk. It does not simply feel good. It creates strata of secrecy that demand my constant upkeep. It requires attention to two sets of details—one for home and one for the hotel room—while managing huge swaths of attendant risk involving communication and implication. My stories must mesh. My memories must be private.

This juices some guys, the kind who want to constantly feel panic perched on the rim of their gut. These are the competitors, the bungee jumpers. They love everything that comes with an affair. For them cheating is a reflection of their success in the endeavor of living. Look at what it takes. The cheater has enough money, enough time, enough discipline, enough of the dark arts of secrecy tucked tight in his chest to pull off a complex deception of the person with whom he is most intimate. For them it is less the woman than the fact of the cheating. For this guy, an affair is a kind of accomplishment. This is not me.

I love women. I love everything about a new woman: her smell, her armpits, her wrists. I have fucked large, ugly women and small, fragile ones. I’ve had an ongoing relationship with a friend from college in a southern state for 16 years.

She tells me not to cheat on her. But I do, and I do not let her in on it. I’ve fucked lesbians in Paris, hotel clerks on cots, and soldiers in uniform. All while I was married. I wish the list were longer. Sometimes it is banal, other times epic.

I love my wife, too, but it’s nobody’s business how I deal with that love.

Of course, men also cheat, in part at least, out of frustration with their relationship with their wife. Or, more accurately, a man’s frustration with his relationship with his wife can harden his resolve to cheat. In some ways, this route is torpid. And lazy. In others, utterly understandable, because when angry, when entrenched and implacable, a wife offers no succor. But this is not me. And I know, believe me I know, that hell truly hath no fury like a woman scorned. I have made my mistakes. There are women who despise me. Women will never understand how men can cheat because they think of it in terms of themselves—as something done to them. They treat it as an affront first, as a breakdown in social order, then a wound, then a mortal wound. And this is a key. They do this because women are singular, in both their desire and their demands. This is why I serve women well. I treat them as planetary objects, individual and quirky, gravitational and unique. When I am with a woman, in a hotel or in her car, pressing her up against a soda machine in the stairwell, I let everything else fall away. I am with her without pretense, obligation, or fear.

You learn things when you cheat. It is fun. There are a lot of laughs. You can be more elementally honest with a woman who has forty-five minutes than a woman with whom you’ll spend forty-five years. It doesn’t mean you must be; it means you are free to be. That is the way freedom enters into it. There is some thrill in it to be sure. Because more than anything, cheating is a chance for the body to assert its dominion over the soul, to urge the individual toward his genetic rootspring, toward what feels good rather than what feels compulsory.

That doesn’t mean it’s good for you. Or that I recommend it. I don’t give a damn what you do. I am simply providing one explanation of why men cheat. It’s what they are built for. It is a function of the mathematics of their reproductive function. It is the by-product of longer life spans, more-deadening careers, too much work. And it is the consequence of an instinctive refusal to give up one’s own need entirely for the flawed and antiquated apparatus of marriage. 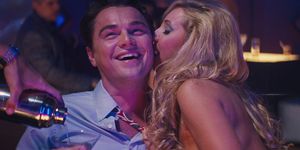 When It\’s Okay to Cheat on Your Wife

Last month I was fucking a woman I know in a hotel room. She’s a little younger than me, and we were talking about how little she likes to fuck her husband, who says he won’t want to until she loses some weight. At that point, I crept over to the dresser where her purse sat sprawled wide open, just the way she was on the bed in front of me, pulled a Hershey’s kiss from her bag, then offered it to her on a room-service plate like an altar boy. She rubbed her little foot in my crotch, picked up the chocolate, and pulled back the wrapper. We both started laughing. In some ways the moment seems vaguely calculated, but it was a Thursday and we both had someplace to go and no idea when we’d ever be together again. Just that we would. She pulled me into her chest and whispered into my ear, “I love you.” I hushed her and said not to say that. “I know,” she murmured, “but I do.”

I never respond to that. And I guess I got quiet then, because she threw the wrapper into a bowl of room-service cocktail sauce and asked me, a little coldly, “What should I say, then?”

I shrugged and lay down next to her. “Say what I always say,” I told her.

She eased in against my hips and asked, “What’s that?”

Then I gave her my reason, my three magic words. “I need you.”

6 Things All Women Do When They Are Cheating In Relationship, 4 Is Most Common !

Things women do when cheating

3 signs that your partner really regrets cheating on you