What are the signs your ex still has feelings for you? Here’s how to know if your ex still loves you (look for these subtle clues)…

You’ve broken up, but you’re getting weird vibes from your ex. Most of the time, you’re pretty certain you two are over and done with, but then sometimes…it almost seems like he still loves you. He’s hot and cold and you can’t figure him out. He says he misses you, but then disappears for weeks. He’s dating someone new, but he’s totally jealous of your new boyfriend. He’s angry at you, but still, he keeps calling.

Take The Quiz: Can You Get Your Ex Back Or Is He Gone Forever?

Does he still love you? Is it driving you mad? Here are 33 signs to look out for!

1. He seems to be reminiscing a lot about your relationship

Has he been talking a lot about the good times lately? Does something always remind him of you together? He’s been thinking about you a lot, clearly. That’s a huge sign.

2. You keep bumping into him everywhere

Wherever you go, there he is. You may just be used to frequenting the same places, or you both have very good taste in venues, but it’s way more likely that these “random” encounters are not coincidences at all.

3. He keeps in touch with your mom

Look, when you break up with someone for good, you cease contact with their family as well; that’s the rule. But he talks to your mom all the time and she just loooves him and keeps bugging you about breaking up with that “nice boy”. Someone’s been lobbying for himself to Mom.

4. You’ve been getting a lot of anonymous calls

Are you suddenly super popular with unknown phone numbers who keep bugging you? You don’t have a stalker, it’s just your ex who is calling to hear your voice, but doesn’t have to guts to say anything.

5. He calls on your birthday

You may think that it’s not a big deal, because after all, you were a couple once, and you stayed on good terms. But think about it like this – how often do men seriously remember special occasions like birthdays and anniversaries? Hmmm.

6. He texts you constantly

Your phone pings, rings, and buzzes all day with notifications of new text messages. Your friends? A new boyfriend? Scammers? Nope, just your ex wanting to “casually” see how you are. He is so obvious. 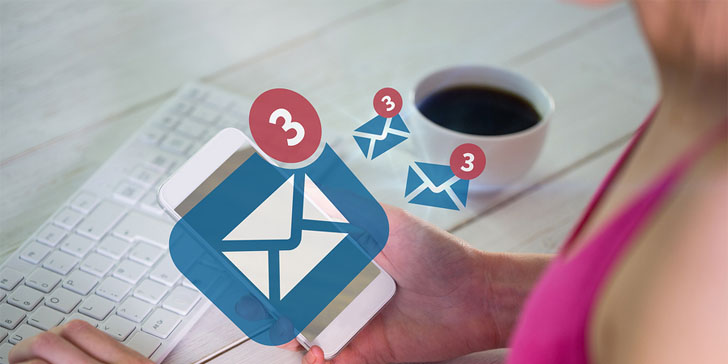 7. He asks all of your mutual acquaintances about you

This move is so 7th grade. Have multiple people told you that your ex has been asking them about you? What do you think that means? He’s not going around asking everyone you know about you for no reason.

8. He tries to make you jealous

You may think that the fact that he has a new girl means he’s moved on, but think again – is he kinda rubbing it in your face? Is he ostentatious about this relationship? Seems like he’s trying to convince himself, and not you, that he loves her? He’s trying to make you jealous, because he still cares.

9. You seem to inspire extreme emotions

Not that making your ex emotionally unstable is an achievement, but if he goes from hating you to being desperate to be around you, then you’ve successfully driven him crazy. He’s in love with you.

10. He won’t give up calling, even during your no-contact period

Mature, well-adjusted adults who are interested in moving on respect the mutually agreed-upon no-contact period. He, on the other hand, has been calling you non-stop. He is so not over you.

11. He calls you or texts you drunk

In vino veritas, ladies, and what happens when he hits the wine a little too hard? He calls YOU. That should be strong enough indication of where his thoughts are.

12. He’s reevaluating his mistakes in your relationship

He seems to have had a sudden change of heart and he’s been apologizing and talking about the things he did wrong when you were together. Reevaluating, almost. He’s been thinking about you a lot. 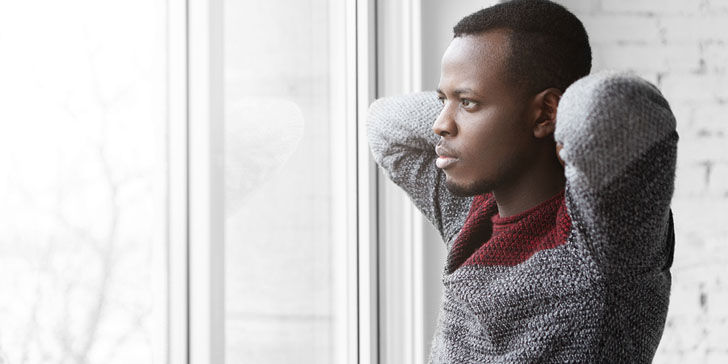 The opposite of love is indifference, so then anger and hatred are still in that love-sphere. It’s love adjacent, if you will. Anger, jealousy, and this apparent hatred all stem from intense feelings of love.

14. He keeps up with your online presence

It’s so much easier to stalk an ex these days, you just follow them on social media! And you know he’s been doing just that. Ever wondered why?

Does he suddenly turn into a bratty 12 year-old the moment your new boyfriend comes up? Does he make nasty comments? Does he hate him? He is mad jealous, because he still loves you.

Whenever you do meet up, does he seem…overly affectionate? Too generous with the physical contact? A bit touchy? He’s just dying to be close to you.

17. He doesn’t seem ready or willing to move on

Has he had a relationship since you broke up? Is he going out to meet other women? No? He’s still hung up on you? You know why.

18. He tells you he misses you

Straight from the horse’s mouth: he misses you. That only means one thing. How many people do you miss? How many of them do you tell? Yeah, I thought so. 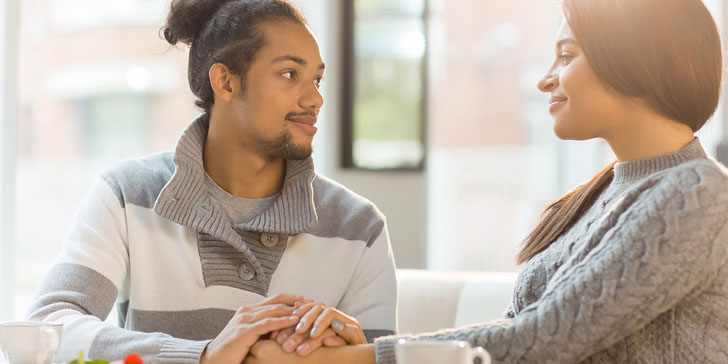 Whenever you go through a hard time, he’s just there for you. Supporting you, making you feel better, making you laugh, taking care of you…with love.

20. He lied about having a girlfriend

He told you he’s seeing someone, but you found out he lied to you. That’s 100% to make you jealous, there is literally no other reason to lie.

21. He’s hitting you with the love songs

The poor guy is trying to tell you how he feels and you’re just not getting the hint. Every love song or lyric or quote he sends you is with you in mind and a way for him to convey his feelings.

He keeps asking prodding questions about your love life, and who you’ve slept with, and if you’ve dated since him…why is he so interested, unless he still loves you?

You’re bound to have forgotten some stuff at his place, only he won’t give it back! He’s not doing it to be an ass, it’s either because he wants an excuse to have you over again or because he wants to hold on to a piece of you. Both roads lead to the same conclusion: he loves you.

24. He has emotional outbursts around you

If he loves you as much as I think he does, then he’s going to get super frustrated and even angry from time to time, because he misses you so much and he just wants you to be with him. 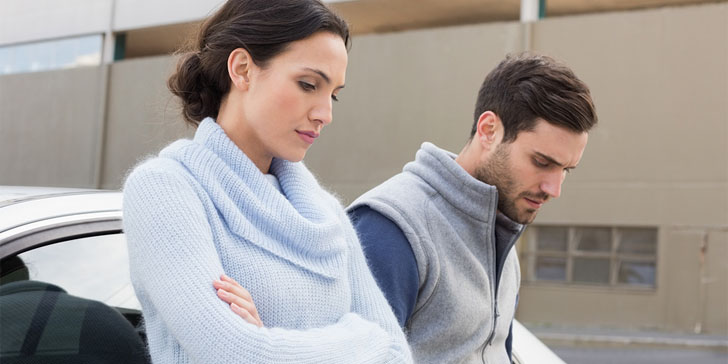 Does he go through phases where he calls incessantly, only to ignore you for days after? Does that confuse you? Well, just imagine the confusion that’s in his heart right now. He’s fighting his feelings.

You can absolutely tell that someone loves you from the way they look at you. If he lights up and smiles involuntarily when you show up, you’ll be able to see the love in his eyes.

27. He sneaks looks at you whenever you’re around

You know when you’re in 5th grade and you like a classmate, so you sneak looks at them during class? That’s what he’s doing to you right now. He loves you so much, he can’t help it.

28. He’s around you suspiciously often

He seems to hang out where you do a lot lately. Whether he invites himself, or he gets one of your friends to invite him, he’s only there because you are.

29. Your friends say he’s always talking about you

When you’re in love, you can’t shut up about the object of your affection, and he’s been blabbing to all of your friends. He can’t even be subtle about it, and everyone can see how much he loves you.

30. You catch him giving you tender looks or touches

It’s ok for friends to give you hugs, but stroking your cheek gently? Kissing your forehead, tucking a piece of hair behind your ear? That’s romantic territory. 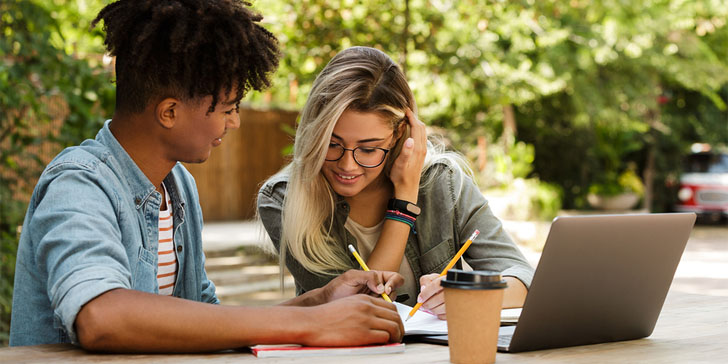 31. He still has pictures of you in his wallet or apartment

If you discover pics of yourself in his house, or that he carries one with him…do I even need to state the obvious? It’s so sweet and he is so into you.

32. He has confessed his love for you while he was drunk

In one of those drunken late-night phone calls, he uttered the L-word…only to pretend that he doesn’t remember when sober. Don’t fall for that one, girl. It was the unfiltered truth.

33. You’ve kissed or slept together since the break-up

Sure, break-up sex is one thing, but sleeping together multiple times after, or kissing, or any romantic behavior…don’t fool yourself, he’s in love with you. And you might be in love with him.

If you’re ever unsure about how he feels, just go back and check the list. Have you noticed any of these behaviors in your ex lately? And what are you going to do about it?

Now in any relationship I’ve found there are 2 pivotal moments that determine if your relationship ends in heartbreak or you get to live happily ever after so it’s vitally important that you take the next step and read this right now, because at some point the man you want is going to ask himself: Is this the woman I should commit to for the long term? That answer determines everything… Do you know how men determine if a woman is girlfriend material (the type of woman he commits himself to) or if he sees you as just a fling?

8 things only men in love desire in bed. If he does #4 marry him!

5 signs it is time to leave the guy you are with!

If he does these 9 things during sex, then he really does love you!

8 Behaviors Men Show Only When They’re With Their True Love!

Does Size Really Matter When You Love a Guy?