Home » Relationship » 5 behaviors rude people show before they are rude to you!

5 behaviors rude people show before they are rude to you!

There’s a different kind of contagion in the air and it’s not the flu virus. Rude people are popping up everywhere like a disease that needs to be treated. People who are witnesses to rude behaviors may also behave inconsiderately because of the negative atmosphere around them.

As we learned as children, good manners and positive outlook are learned behaviors and not innate behaviors. But a study in the Psychological science journal cited that humans are born with a gene variant that can influence a person’s willingness to be nice and considerate.

Additionally, when people think that the world is full of mean individuals, they won’t be compelled to show niceness, generosity, and compassion. As a result, they allow themselves to be just as rude as the next person.

Acts of rudeness may be perpetuated today due to the emergence of technology and social media, according to a report  on Civiliyu in America. People are easily triggered, frustrated, and short of patience because of it. Take a look at some behaviors that rude people show even before they are actually rude to you:

“Rudeness is the weak person’s imitation of strength.” – Eric Hoffer

1.    THEY ARE HAPPY ABOUT THE MISFORTUNE OF OTHERS.

Taking pleasure in the misfortunes of other people is also called “schadenfreude.” It’s when people gloat and feel a sense of satisfaction if they see someone they don’t like suffering or having a bad time.

Granted, there’s a little dark side in every person because that’s human nature. We all have our mean streaks and tendency toward mischief. We may poke fun or pull a prank on our buddies occasionally. But someone who is rude will feel inordinately satisfied over the sufferings of others. If you know a person like this or run in the same circles as him or her, you will likely eventually experience this rudeness yourself.

In the 1800s, German philosopher and moralist Arthur Schopenhauer regarded schadenfreude as one of the worst traits of humans. He believed that a person who delights in other’s misfortunes is morally worthless and has a bad heart.

But schadenfreude also exposes a person’s inner flaws, no matter how hard he hides it. By acting with meanness and without compassion for others, he is showing his envious nature. A person’s own insecurities, pettiness, and feelings of inadequacy come to the fore when they delight in another’s misfortune.

2.    THEY ARE MEAN TO THE WAITERS AND RETAIL STAFF.

Have you ever dated someone who made silly demands when ordering food at the restaurant or who made snide comments to show his displeasure for the service staff? Waiters and staffers at retail stores are such easy targets of power-trippers and rude people.

Some customers feel a sense of entitlement and make demands because they are paying for it. But a rude person will frequently complain about getting horrible service, or will not say “please” and “thank you.” They may even resort to asking for the manager when they sees something isn’t right with the order.

Worse, rude people won’t even acknowledge that they are behaving inappropriately. In fact, they will defend that their behavior was warranted against a perceived injustice that the waiter or retail staff apparently showed them.

This the type of person tends to be judgmental and isn’t a team player. To act in a condescending manner is to belittle the other person. So, if they cannot treat people as equals, it means they don’t know how to be respectful. Someone who is habitually rude to the service staff for no apparent reason may also be rude to you one day. Would you want to be with a person whose mindset shows entitlement and arrogance?

People who do not have a positive energy because of their mean streak might not have a lot of friends. Sometimes, it’s a personal choice but in some cases, it could not be of their own choosing.

If you spot these common behaviors of someone who is rude, you will understand why they do not have a bigger social circle:

Some argue, however, that rudeness or offensive behavior may not be a personal assault against you. In some cases, this is a coping mechanism for people with anxiety issues or anger management problems. This isn’t to say that you should overlook a person’s rudeness because he may need psychological intervention. It should raise a red flag that someone is having a tough time dealing with his personal issues if he’s taking it out on others.

Aside from his actions, a person’s behavior can be gauged by the words he uses. If he’s fine with blurting harsh words towards other people and no one is calling him out, you may find yourself at the receiving end of this harshness. To use kind and positive words is also about seeing other people as equals.

In the beginning, he might show charisma and niceness around you and other people. He might even show commendable manners and behaviors until you realize that it’s all a front. But no matter how much he masks himself, a true nature of a person with rude behavior will show. The longer you hang out with this type of person, the more evident his views, prejudices, and demeanor will be.

For instance, you could be friends or in a relationship with a guy who’s actually a sexist. The shift in behavior might surprise you because he didn’t behave offensively before. It’s possible, however, that he’s no longer concerned about your opinion or that he’s not really interested in the relationship anymore.

In the same way, rude people may also project their behavior as a racist slight and then say things like “I’m not a racist, but…” They’ll dish out slurs, racist jokes, and might even display micro-aggressions. They might make derogatory sentiments intentionally or unintentionally towards people of color to the point that you’d be embarrassed to be with them.

But in most cases, people who are rude won’t be apologetic if their jokes are disrespectful or prejudiced. They won’t also understand how their teasing can affect others. They will rationalize their choice of words and might even tell you it is your fault for taking their statements too seriously.

When you’re having a bad day or a terribly stressful time, you may have the tendency to lash out on people. If you’re cranky and up to no mood to kid around, you might snap at your friend, co-worker, or partner. But moments like these are usually followed by intense feelings of guilt so you apologize for the outburst and try to make amends. If necessary, you might even have a serious sit-down conversation and do your best to make the other person feel better after you’ve hurt their feelings.

Now, this is how emotionally mature individuals handle themselves when they’ve offended someone. But rude and cold-hearted people don’t have the capacity to be remorseful or guilty. If they have an outburst, they will always find excuses to justify their behavior. They might say things like:

It’s easy for rude people to completely disregard the feelings of others since they don’t have an empathic heart. You won’t hear them apologize. Instead, they might even make it sound like you should appreciate them for being upfront. 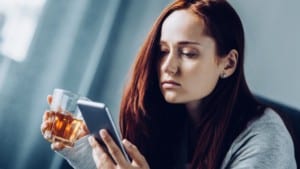 But short of being diagnosed with a personality disorder, there’s no reasonable justification for an adult to be rude to another person. Everyone has a bad hair day once in a while but you don’t see everyone reacting with rudeness because of it, right?

Rudeness can dampen a positive day and may damage your faith in humanity. Rudeness hurts people no matter how those actions are justified. You should never let your moods dictate your manners. Additionally, you should never let the actions of others determine your behavior. Otherwise, if you allow rudeness to beget rudeness, how will the world change for the positive?

If you’re friends or in a relationship with a person who’s showing these five signs of rudeness, it might help to have a healthy, honest, positive and open discussion about it. If you feel that this person might not have a deep respect for people, perhaps communicating your concern will open his eyes and heart.

The person’s response to your attempt to communicate should give a clue of where this relationship will go. If he shows a willingness to change once you let him know how this behavior bothers you, then perhaps the friendship or relationship is worth saving. However, if he dismisses your concerns, you might need to think hard about staying in this relationship.

7 signs you’re in a one sided relationship

8 signs that prove your relationship is pure

7 signs you are in a one sides relationship

13 habits you need to have to make any relationshio successful!

« He Doesn’t REALLY Want the Perfect Woman, He Wants These 3 Things from You Instead…
10 Unfortunate Signs That He Only Wants To Sleep With You! »