Home » Relationship » 11 signs someone is hiding their feelings

11 signs someone is hiding their feelings

As children, we’ve been taught that certain negative emotions like anger or sadness have to be suppressed. But shoving these feelings under the rug can have a high cost to our general emotional well-being and health.

According to the Scientific American, these negative feelings have to be acknowledged and addressed in the same way that positive emotions have to be cultivated. If these feelings aren’t threshed out, then people won’t be able to find contentment in their life. At worst, they may even descend to fits of depression.

HERE ARE 11 SIGNS THAT SOMEONE IS HIDING THEIR FEELINGS

“Life is too short to hide your feelings. Don’t be afraid to say what you feel.” – Unknown

1.    THEY PUT A POSITIVE SPIN ON THE NEGATIVE THINGS IN THEIR LIFE.

People who hide their feelings try, as much as possible, to show people around them that they are fine. So, they remain the optimist that cannot be dampened even if life has thrown them many challenges.

According to Tali Shalot, the author of the book   “The Optimism Bias.” humans are wired to be positive as a coping mechanism. People who remain hopeful despite the odds stacked against them are apparently more relaxed and less stressed out than those who fill their hearts with anxiety and negativity.

A study in the journal Cancer Nursing showed that pessimistic patients are likely to die within eight months of their diagnosis. Being an optimist has also been proven to influence job and relationship success.

But some experts have criticized that staying positive isn’t always a realistic approach to dealing with a person’s real feelings. Unless this person has a balanced mindset when it comes to facing a major roadblock in their life, their positive thinking might sometimes be misplaced. In short, it won’t help them with their struggles in the long run.

Someone who could be hiding their feelings needs distractions so they don’t have to deal with their emotions.So, they stay at the office late at night. They keep their social calendar booked. Additionally, they enlist in many recreations and activities that take up their time and focus.

It’s easier for these people to occupy themselves with things to do even if their jam-packed day makes them physically tired. The exhaustion is nothing compared to facing their emotional struggles, which they are obviously not prepared to do. They stall with these distractions.

Something positive might come out of being a workaholic because they can fatten up their bank account and enrich their experience as a social butterfly. Unfortunately, the feelings they try to suppress will still keep popping up. It will remain unless they deal with it.

3.    THEY WITHDRAW FROM THE PEOPLE WHO MATTER MOST.

While people who repress their feelings might try to make themselves busy, some withdraw from the important people in their lives as their coping mechanism. They do this to avoid confronting their emotions, which are likely triggered by the ones they are running away from.

“Out of sight, out of mind” might work for a while. Disconnecting may bring temporary peace of mind. Once they have buried negative feelings deep inside their psyche, they resurface as if nothing happened. But this coping mechanism has its risks.

If those feelings come back, will they disappear again? The truth is running away can work …  until it doesn’t. Sometimes, the ultimate realization that a person isn’t really okay could be more painful and destructive than dealing with those feelings when they first come around.

4.    THEY’D RATHER DEAL WITH OTHER PEOPLE’S PROBLEMS THAN THEIRS.

Do you know someone who’s going through something but is still willing to help another friend in a crisis? It’s possible she’s masking her own feelings by absorbing herself in someone else. She avoids dealing with her own problems by spending so much time working out other people’s issues.

Think of it this way:

To understand why it’s easier to solve other people’s problems, researchers looked into something they termed as “psychologically distant,” as per the Scientifie American. The experts learned that people have more creative ideas and can better solve problems when they are not psychologically attached to the situation.

Those who like to “fix” the problems of others are also not responsible for the consequences. For instance, if you’re trying to help a friend patch up her marriage, you’re not going to be in the room dealing with a painful conversation with your friend’s significant other.

Ultimately, taking care of someone’s problems is another delaying tactic used by people who hide their feelings. It’s one thing to have compassion for other people. It’s another thing if it’s used as an excuse when you should really be compassionate to yourself and address what’s troubling you.

5.    THEY BECOME CONSUMED WITH IRRATIONAL ANXIETY OR PARANOIA.

Repressed feelings can surface in other ways that might lead to the development of irrational fears and paranoia. For example, you’ve sent a friend a message asking if she wants to watch a movie. When she does not respond, you immediately think she doesn’t want to spend time with you.

That irrational anxiety can escalate to other thoughts that might bring you to conclude that none of your friends like you and they probably never did.

Do you know that repressed feelings may impact your physical health, aside from your mental health? Studies have shown that unresolved emotions can affect  sleep quality,  as per Psychology Today. Some people experience sleep disruptions or difficulty going to sleep because of their bottled feelings.

People can also become literally sick when they have episodes of anxiety, as per the Harvard Health,. They develop muscle pain, digestive problems, a weakened immune system, constant headaches or colds, and other illnesses. Apparently, this is the body’s way of confronting what ails the emotions.

People who hide their feelings might choose to drown out and numb their emotions by letting go of the issues that bother them. On the surface, it might seem like they are taking the high road but it’s actually a way for them to protect what’s left of their self-esteem.

A person with low   self – esteem will generally not assert herself. She will avoid showing her true feelings and abilities to other people. Afraid of perceived failures, confrontations or rejections, she might think that she’s not entitled to bring up feelings of hurt and being broken. She likely fears her other friends would only disregard these emotions.

7.    THEY TURN TO SELF-DESTRUCTIVE BEHAVIORS.

When a person is overwhelmed with emotions, he might turn to self-destructive behaviors to cope. Some examples of self-destruction include:

Aside from being unable to manage emotions, self-destructive behaviors may also stem from low self-esteem and a lack of self-confidence. Dr. Peggilee Wupperman via Psychology Today stated that when a person habitually suppresses the negative emotions, he likely decreases any positive feelings too. Uncertain of any value, meaning or hope in his life, he becomes self-destructive.

People who can’t deal with their true feelings might be uncomfortable with spontaneity and surprises. They want to plan everything ahead of time because they want to maintain control of what’s going to happen. They want the ability to predict what they can expect from every situation.

Though spontaneity might spring positive surprises, they don’t like any opportunity for hitches to crop up when they have not planned ahead. This will easily send them straight to panic mode because they might have to confront emotions they have been trying to hide.

As with maintaining a busy schedule, getting downtime or a free day won’t be welcome for someone who hides their feelings. Downtimes mean there is room to sit down and process. This is not something such a person will be ready for.

9.    THEY VENT BUT NOT TO THE ONE THEY HAVE ISSUES WITH.

This passive-aggressive behavior is evident in social media today. Ever notice a friend posting quotes or messages that seem to hint at their struggles, frustrations, or anger at someone? But while they vent about what’s bothering them in a public platform, usually the person that should read or see the message has no clue. Your friend who is hiding their emotions probably never discussed her problems with the person involved. 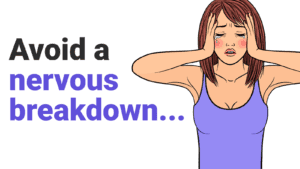 But when questioned about what has been shared on their social media status, people who hide their feelings usually downplay the situation. They might deny that something’s wrong or post a smiley emoticon to show that they are happy and at peace.

Communicating in a passive-aggressive manner is quite unproductive and may harm the relationship even more. Though it is calmer than an actual confrontation, being upfront and honest about your feelings still brings the message across better.

10. THEY BLOW UP OVER INSIGNIFICANT THINGS.

Hidden feelings bring up misdirected anger. So, it’s not surprising to see a person who has been suppressing her emotions to blow up over things that aren’t worth the energy.

For instance, you might have forgotten to buy milk so you cannot have it for breakfast. But this sends your partner in a fit that ends in a big fight between the two of you first thing in the morning.

You might think that your partner is blowing up over nothing but her anger is rooted in a deeper problem. Because she has not been sharing this problem and hiding her feelings, it might look to you that she’s being petty.

They might seem fine, tough, and placid on the outside. They might look like nothing bothers them even if their world is already crumbling down. But this is a mask. The harder they pretend they are not affected, the more help they really need.

FINAL THOUGHTS ON SIGNS SOMEONE IS HIDING THEIR FEELINGS

Keeping emotions locked up is like having a ticking time bomb. The one who will suffer the most when this eventually blows up is the person who’s hiding their feelings.

If you realize that you have been hiding negative feelings, don’t feel like you’re the only one. Many people have a difficult time dealing with overwhelming emotions. At the same time, try to realize that you cannot really run away from your feelings. Both positive and negative emitions are integral parts of human nature and survival. Learning to deal with the negative emotions in a positive way will lead you toward a road of healing and happiness.

« 5 Morning Habits That Help You Wake Up In A Good Mood
If These 7 Things Are Part Of Your Nighttime Routine, Your Relationship Might Be Toxic »